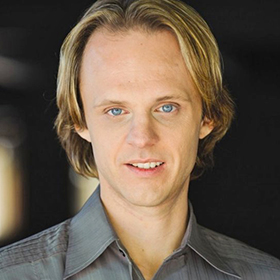 In 2019, the Navy officially declassified anti-gravity and free energy technology patents that any company can now develop. Join renowned scholar David Wilcock in a deep dive of the hidden science behind this fascinating breakthrough. Learn the secrets of Exotic Vacuum Objects, as discovered by Kenneth Shoulders, and how they repel gravity, clean up radioactive waste and generate extraordinary amounts of energy. Explore the science in the Navy patents and the back-story of how they really work.

All of this suggests we are on the threshold of an open disclosure of working technology for humanity, which surely will save the world. Join David as we explore the connection between these and other stunning events, with the overall shift in our civilization that ancient prophecies referred to as the coming Golden Age of Ascension!

David Wilcock is a double New York Times best-selling author, a regular in over 100 episodes of Ancient Aliens on History Channel, and the main star of the #1 hit documentary film, Above Majestic, in which David’s far-reaching investigations explore the boundary between science and spirituality. His three published books contain over two thousand academic references and cover sacred science, extraterrestrial life, Ascension, the Deep State, secrecy, cover-ups, insider testimony and classified information at 35 levels of need-to-know, at a level above the President of the United States. As of February 15th, 2019, there were 5.98 million videos on YouTube with David Wilcock’s name in the title, which shows the far-reaching impact David has had upon the collective mindset of today. https://divinecosmos.com/