FREE TALK
Marianne Williamson
The Awakening of the American Spirit 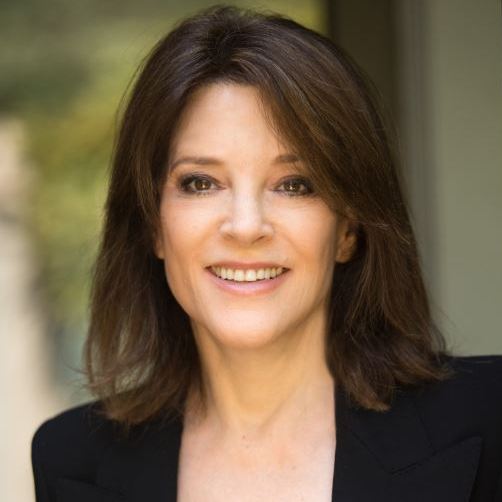 This is a free presentation with paid general admission $20

New York Times best-selling author, activist and candidate for U.S. President 2020 Marianne Williamson often quotes this line by Mahatma Gandhi, “Politics should be sacred.” She argues that America needs a new political conversation, a new dimension of citizenship among all of us, a new awakening of the American spirit, and a recognition that our country should not be run like a business – it should be run like a family.

At a time when fear has been harnessed for political purposes, Williamson says our task is to turn wisdom and love into a political force.  She argues that as we write the next chapter in American history, our duty is to change the conversation from transactional, mechanistic politics to something more soulful and connected to the truth of who we are. Join Marianne as she discusses how we can best contribute to the spiritual awakening that will transform the multiple crises our country now faces.

Marianne Williamson is an internationally-acclaimed lecturer, activist and author.  Seven of her 12 books have been on The New York Times Best Seller list, four of them as #1!  She has been one of America’s most well-known public voices for more than three decades. Marianne has been a popular guest on television programs such as Oprah, Good Morning America, and Real Time with Bill Maher. A quote from the mega bestseller A Return to Love, “Our deepest fear is not that we are inadequate. Our deepest fear is that we are powerful beyond measure…” is considered an anthem for a contemporary generation of seekers.