Elizabeth Wilcock
WORKSHOP
Ascension and the Sacred Stand: — Healing the Wounds that Bind Us, Liberating a New Vision for Humanity — 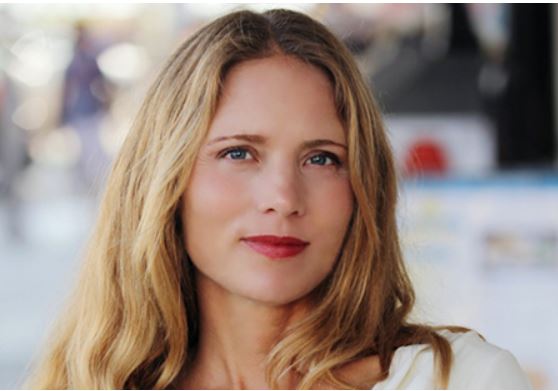 Our world is in the midst of a great transformation. The time when darkness is expunged from Earth, granting a new reign of peace and love, has been prophesied as the coming of the Golden Age and Golden Race. What is this Golden Race, and what alchemy purifies the soul to shine like gold?  A great light is shining on the darkness, exposing long-kept-secret societies and dark stories that have plagued history and humanity. The alchemy of transformation is holographic, and we are seeing this purification within ourselves, in our relationships and on the world stage. Elizabeth Wilcock will speak about having Sacred Boundaries and how a Sacred Stand is essential to tether our souls, communities and the world to the Grace of Ascension.

Elizabeth Wilcock is the creator of the Priestess Path Lineages of Light. Her mission is to help protect and preserve the sacred and the sacred feminine here on earth and to empower feminine leaders to offer their gift as a blessing. https://elizabethwilcock.com/about

Creator of the Priestess Path Lineages of Light

Elizabeth Wilcock is the creator of the Priestess Path Lineages of Light, a modern-day mystery school enjoining ancient, sacred technology to modern life. Throughout her life, she has trained with masters and grandmasters from ancient wisdom traditions, and she carries this wisdom on through her programs. She has earned five black belts, owned multiple martial art & qigong schools, and has trained thousands of students. She combines wisdom from the sacred arts of shamanism, martial arts, Taoism, and the lost arts of the priestess into programs that activate the sacred timeline. To learn more, see: https://elizabethwilcock.com

My predominant orientation is that of a healer.

I believe we are eternal souls on an eternal timeline. As a child, I was in contact with the spirit world and began hands on healing to save animals, take away pain and pray for people. My main interest my entire life has been mysticism and I spent much of my life training with masters and grandmasters in sacred arts. This passion led me down ‘the road less traveled’ as I followed the paths of shamanism, kung fu, qigong, sacred body wisdom, plant medicines and the priestess path. Along my journey, I earned 5 black belts in kung fu and became the first female master in my martial art organization. During that time, I co-owned and operated 5 martial art and qigong schools and trained thousands of students. My explorations have taken me to the tops of the Andes, into the jungles of Peru and into the depths and heights of the human soul.

At the age of 15, I developed a severe eating disorder. It became devastating and I was taken out of school and hospitalized by the age of 17. When I came out of the hospital, I was worse. Left to my own destruction, I became motivated by the power of this addiction and took control of my own healing.

My prayer to heal led me to the Foundation for Shamanic Studies where, at the age of 18, I entered into a serious shamanic practice. A miraculous healing from the helping spirits that moved me to devote my life to shamanism. I quit college to immerse myself in shamanism and graduated from the Foundation for Shamanic Studies’ Three Year Program in Advanced Shamanic Healing. I continued formal shamanic studies for almost 25 years until I formed my own school of sacred arts.

Dedication to the Healing Path

A few years after my miraculous healing, I entered the martial arts which led me to Shaolin kung fu. At the heart of the martial arts is the mystical medical art of qigong. Inside of qigong, I found healing, emotional peace and a deep connection to Spirit which has become my daily ritual that sets the world right. Also at the core of qigong are the sacred sexual teachings of the taoist masters which are one of the core levels of qigong training that serious practitioners all encounter. My passion for kung fu and qigong as well as the good fortune I had to co-own five martial art schools and to train regularly with masters and grandmasters for many years resulted in earning 5 black belts and the position of master instructor. During this time, I owned five black belt schools and qigong centers and trained thousands of students. Currently, I am called to empower women to anchor in the sacred feminine energies here on earth.