The New Cannabis Prophesy: An Evolution in Health, Sexuality and Consciousness

Great change is in full sway regarding all matters cannabis. Recent changes in laws have ushered in compelling new evidence for this ancient plant’s potential to effect significant positive change in the health of body, mind, and spirit. The evidence is rapidly accumulating on cannabis’ beneficial role in conditions and diseases too numerous to mention. Skillful, intentional use can enhance and support activities such as sexual response and connection; artistic inspiration; and a variety of spiritual practices. Our panel of experts will present the latest information on an emerging world of powerful, integral, and revolutionary cannabis products and (re)discoveries that will benefit people from all walks of life.

Moderator: Stephen Gray is a teacher and writer on spiritual subjects and entheogenic plant medicines. He’s the author of Cannabis & Spirituality, a guidebook that delves into the benefits and challenges of using Cannabis in spiritual practice.

Ashley Manta: Ashley Manta has become a sought-after authority on mindfully combining sex and cannabis as part of her CannaSexual® brand. As a professional sex educator and coach, she helps people navigate these topics to make sure they are interacting, loving, and feeling their best in and out of the bedroom.

Alicia Rose founded HerbaBuena to support health, harmony, and higher consciousness for people and planet. Utilizing certified Biodynamic cannabis, she crafts award-winning products, and is working to build NorCal’s premier cannabis lifestyle destination. Informed by a career working with legacy wine projects and 100-point winemakers, Alicia believes cannabis in its highest form to be a powerful vehicle for positive change, and is committed to redefining quality, and quality of life, for the cannabis industry and beyond.

Patrick Goggin is a San Francisco based Senior Attorney at Hoban Law Group and sits on Vote Hemp’s board of directors. He has waged battle on the legal front-lines of industrial hemp and general cannabis reform for two decades.

Heather P Smith has an extensive 25 year background in energetic healing modalities. Brought up in a lifestyle of organic farming and sustainable living, Heather was raised in the heart of cannabis culture, Humboldt county. She with her family, wanted to make a non-toxic alternative to pesticides. From love of the earth, clean living and creative minds; Lost Coast Plant Therapy was born. www.lostcoastplanttherapy.com

Eric Minor is a second generation California cannabis farmer with just under 30 years of experience in the industry. A former Emerald Cup double award-winning CBD topical producer and Cannabis Breeder, he’s the founder and owner of Hbk Topicals and Hbk Genetics. 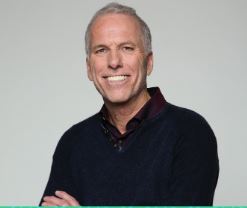 Tim Blake created and has continued to produce the The Emerald Cup for the past fifteen years. The Emerald Cup is the longest running, organic sun grown cannabis competition and gathering of the cannabis community in the world. He sponsored and helped produce the first gathering of law enforcement and cannabis farmers in the country to openly discuss how they could work together. He was the co-founder of the Mendocino Farmers Collective and also Healing Harvest Farms, both local cannabis dispensaries designed to help facilitate getting outdoor cannabis into the dispensaries across the state. He was a founding member of Coalition for Cannabis Policy Reform (CCPR), which evolved into ReformCA (Prop 64), and was also a founding member of the Mendocino Cannabis Policy Council (MCPC). Tim was also on the steering committee for the Mendocino Heritage Initiative (Measure AF), which was on the county ballot in 2016. Tim was a founding member of The Mendocino Cannabis Industry Association (MCIA). Tim has created a vertically integrated set of cannabis companies as well; raging from cultivation farms, a genetics company, nursery, manufacturing, and distribution companies. Tim has also created has several cannabis product companies.

Since childhood, Tim has had ongoing interactions with our space family. In 1973, Tim started listening daily to Dialogue Conspiracy, featuring Mae Brussel. He has continued to read books and listen to conspiracy theorists to this day.Tim has been meditating daily since 1076.  In 1979, Tim dedicated his life to being a bridge between humans and Extraterrestrials after reading UFO…Contact From The Pleiades, which featured Billy Meier. Tims personal goal is to help the world integrate spirituality, cannabis, organic food and living into a holistic lifestyle; and to bring the message that our friends from the stars are already here and have been interacting with us since humans were created.